The Casey Anthony Trial and Verdict 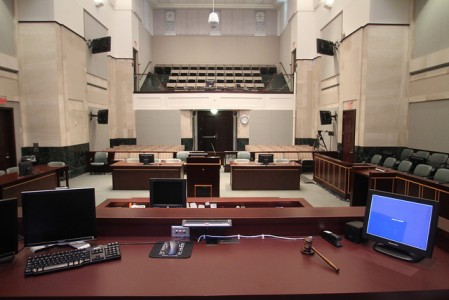 Two days ago, in a case that made headlines across America and around the world, Casey Anthony was found not guilty of first degree murder, aggravated manslaughter of a child, and aggravated child abuse by a jury of five men and seven women. However, she was found guilty of four counts of providing false information to law enforcement officers, which are misdemeanors. On July 7, 2011, Anthony received a sentence to one year for each of her four counts of lying to investigators, with credit given for time served already in jail.  The judge said that because Anthony has served almost three years and because of good behavior she could go free in late July or early August.

After almost six weeks of testimony, the jury did not agree with the prosecution’s position that there was adequate evidence to prove beyond a reasonable doubt that Ms. Anthony murdered her child by dosing her with chloroform, suffocating her with duct tape, and dumping her body in a wooded area.  The jury did not ask to review any evidence and reached a decision in less than 11 hours.  The jurors had been sequestered for six weeks, and declined to talk with reporters and returned home to Pinellas County.

This court case was sensationalized by talk show hosts, such as Nancy Grace, on news networks for the duration of the trial.  Millions of Americans were enthralled with the coverage and were quick to jump to conclusions before the jury rendered their verdict.  It appears that a large percentage of the pundits and the public believed that Casey Anthony was guilty before the jury decided two days ago that she was not.  In our justice system, all of our citizens enjoy the fundamental right that they are presumed innocent until found guilty by a jury, and the jury’s verdict is what determines whether someone is guilty of a crime or not. The duty of a jury in our system is not to determine whether or not they think someone probably did something.  Instead, the solemn duty of a jury is to determine whether or not the government, with all of its vast resources, can prove beyond a reasonable doubt, that the presumption of innocence has been overcome by the evidence beyond a reasonable doubt.

The American jury system has its origins in medieval England.  Early English juries were seen as a protector of the accused against the very harsh criminal laws of the days.  Several cases in the seventeenth and eighteenth centuries helped build the jury’s reputation as a protector of individual liberty.  One example was Bushell’s Case which established the right of English juries to deliver a verdict free from judicial coercion and must be independent (source.)  Here, the judge involved told the jury that they “shall not be dismissed until we have a verdict that the court will accept.”  When the jury acquitted the two men, the judge refused to accept the verdict, fined them and sent them back to deliberate further.  Edward Bushel, a member of the jury, refused to pay the fine, at which point the judge threatened him, saying, “you shall be locked up without meat, drink, fire, and tobacco.  You shall not think thus to abuse the court; we will have a verdict, by the help of God, or you shall starve for it.”  A higher court ruled that a jury could not be punished because of the verdict it returned.

The right to a trial by jury in the United States has its roots from when the United States was still a British colony.  The British crown tried to deny American colonists their right to trial by jury with respect to the British Navigation Acts (source.)  These acts attempted to secure British control over trade with the American colonies by requiring that goods going to and from the colonies be carried on British ships.  Colonists viewed the Navigation Acts as harmful to their economy, and colonial juries would often refuse to convict individuals charged with violating these laws.  In response, the British set up special courts that did not use trial by jury. This became one of the major complaints of the colonists against the British as America moved toward revolution.

Trial by jury is a vital part of our democracy.  The U.S. Declaration of Independence accused George III of the United Kingdom of “depriving us in many cases, of the benefits of trial by jury,” (source) and Article III of the U.S. Constitution states that all trials shall be by jury (source.)  The right was expanded with the Sixth Amendment to the United States Constitution, which states in part, “In all criminal prosecutions, the accused shall enjoy the right to a speedy and public trial, by an impartial jury of the state and district wherein the crime shall have been committed,” and the Seventh Amendment to the United States Constitution, which guarantees a jury trial in civil cases.  Thomas Jefferson described trial by jury as “the only anchor ever yet imagined by man, by which a government can be held to the principles of its constitution” (source.)

Before people rush and blame the jury that they returned the wrong verdict, we must realize that they had a duty to look at all the evidence and make the best decision based on what they saw at the trial.  Second guessing the jury and calling for retribution makes a mockery of the American justice system and is not what this country is about.   People who are denigrating the jury’s decision are showing their lack of understanding and lack of appreciation of our American system of jurisprudence and criminal justice.  It is especially shocking to hear people who are actually lawyers, and former prosecutors such as Nancy Grace, criticizing the result of this important trial, which could have resulted in the government killing one of our citizens – via the death penalty.  By inflaming the public in the way she has and continues to do, Nancy Grace continues to breach the ethical duties she swore to uphold when she was sworn in as a lawyer, and as a prosecutor, as she was admonished on more than one occasion by more than one court of appeals for prosecutorial misconduct.  The Supreme Court of Georgia wrote about Nancy Grace that “the conduct of the prosecuting attorney in this case demonstrated her disregard of the notions of due process and fairness, and was inexcusable.”  (source.)  United States Court of Appeals for the Eleventh Circuit wrote about her conduct in a murder trial she prosecuted that Nancy Grace  “played fast and loose” with her ethical duties and failed to “fulfill her responsibilities” as a prosecutor  (source.)

Thank God that we have United States citizens who can serve as jurors and follow the law, and not give in to the mob mentality perpetuated by the likes of Nancy Grace.

We in no way mean to minimize the tragic loss of little Caylee, who was a precious little girl.  May her soul rest in peace!

Posted in Legal News, News, Opinions | Comments Off on The Casey Anthony Trial and Verdict 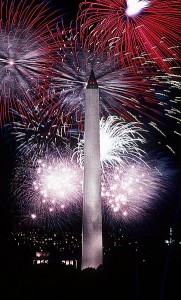 The Fourth of July celebration is commonly associated with fireworks, parades, hot dogs, picnics, and other parties.  Also, it is a day where many Americans will be consuming alcohol.

Operation Firecracker is conducted by the North Carolina Department of Transportation and it coordinates the Highway Patrol, sheriff’s offices and police departments.  During this period there will be additional checkpoints and stepped up patrols that will be conducted across the state.

The Fourth of July holiday is considered one of the deadliest for highway travel.  In 2010, according to the North Carolina Department of Transportation, there were 205 alcohol-related automobile accidents during the Independence holiday, which resulted in six deaths.  Additionally, alcohol-related crashes also accounted for 105 injuries in the state during the same week last year.  During the 2010 “Booze It & Lose it: Operation Firecracker” campaign officers conducted more than 4,600 patrols and checkpoints, which resulted in more than 1,200 North Carolina motorists being charged with driving while impaired.

This means there will be an increased police presence at the beaches in Pender, New Hanover, and Brunswick Counties.  The beaches that will be affected will be Surf City, Topsail Beach, Wrightsville Beach, Kure Beach, Carolina Beach, Holden Beach, Ocean Isle Beach, and Sunset Beach.