Effective December 1, 2011, Article 5 of Chapter 15A of the North Carolina General Statutes was amended by adding a new section, G.S. 15A-145.4, pursuant to which nonviolent felonies for first offenders who were under 18 years of age at the time of the commission of the crime can be expunged off their records as long as certain requirements are met.

Generally, the fact that one was charged with a crime remains on their record regardless of the disposition of the charge, unless it gets expunged.

Expungement is a process by which criminal charges can be removed from ones official criminal record.

Regardless of ones age, cases in which the criminal charges were dismissed or a finding of not guilty was returned can be expunged pursuant to N.C.G.S. 15A-146.  In this case, offenses can be either a misdemeanor, a felony, or an infraction under G.S. 18B-302(i). However, one must not have any previous convictions of any felonies or misdemeanors other than traffic violations.

First offenders not over the age of 21 at the time of the offense, can also pursue an expungement if:

First offenders under the age of 18 at the time of the offense however can even get charges expunged of their record of which they were convicted.  Until the amendment of the North Carolina expungement laws enacted by The General Assembly of North Carolina went in effect on December 1, 2011, the list of eligible convictions were exclusive of felony charges other than Class H felonies under Article 13A of Chapter 14 or enhanced charges under N.C.G.S. 14-50.22 (certain gang offenses).  However, now one can even get “nonviolent felony” charges expunged. “Nonviolent Felony” means for purposes of this section any felony except the following:

Posted in Legal News | Comments Off on Expunction of “Nonviolent Felonies” 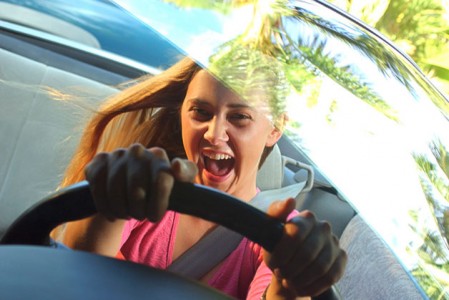 Pursuant to this new law, a license revocation can be triggered by common offenses such as Speeding more than 15 mph over the limit or more than 80 mph in a 70 mph zone, Reckless Driving, Speeding to Elude Arrest, Aggressive Driving, Failing to move over for law enforcement or emergency vehicles giving a warning signal.  A complete list of criminal moving violations subjecting a provisional licensee’s permit or license to revocation can be found on page two of the affidavit and revocation report newly issued by the North Carolina Administrative Office of the Courts to be used for law enforcement officers (new AOC-CVR-12).

Pursuant to G.S. 20-13.3(f), a  provisional licensee who is subject to a civil license revocation under this new law is not eligible for a limited driving privilege.

At the conclusion of the revocation period the person’s permit or license becomes valid by operation of law—payment of a fee is not required.

Pursuant to G.S. 20-13.3(h) no driver’s license or insurance surcharge may be assessed for a provisional licensee revocation pursuant to the this new law.

A provisional licensee who drives a motor vehicle on a highway during the period of revocation under G.S. 20-13.3 commits the offense of driving while license revoked under G.S. 20-28.

Collins Law Firm has been representing people charged with traffic citations, speeding tickets, and other criminal charges in Southeast North Carolina for over ten years and we will be happy to discuss your situation with you. Feel free to call for a consultation regarding any legal matters for which you need legal representation at (910) 793-9000.