Justice for our furry friends! 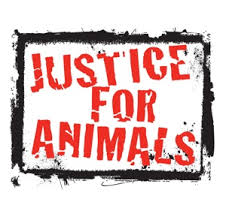 The FBI is now more serious than ever about animal cruelty and the consequences associated against these crimes. As of January 1st of this year, the FBI will now collect data on animal cruelty crime through the National Incident-Based Reporting System (NIBRS). Animal cruelty will be classified as a Class A felony, treated as crimes such as homicide, arson, and assault. There will be four categories in which animal abuse crimes can be filed: simple or gross neglect, intentional abuse and torture, organized abuse (i.e., dog fighting), and animal sexual abuse.

Animal cruelty is defined as: “Intentionally, knowingly, or recklessly taking an action that mistreats or kills any animal without just cause, such as torturing, tormenting, mutilation, maiming, poisoning, or abandonment.” We are grateful, of course that since the FBI will now track these crimes, animals will in a sense be served some justice here, but it is also interesting to consider is the correlation between crimes against animals and crimes against people, pointed out by animal rights activist Mary Lou Randour.

Just at the beginning of this month it was reported that an NC farm worker was convicted of kicking chickens and stomping them to death. We are hopeful that tracking and heavily prosecuting these crimes will cause a major decline in crimes against animals nationwide.

Data collected in 2016 will be available for public review in 2017.

Posted in Legal News | Comments Off on Justice for our furry friends!