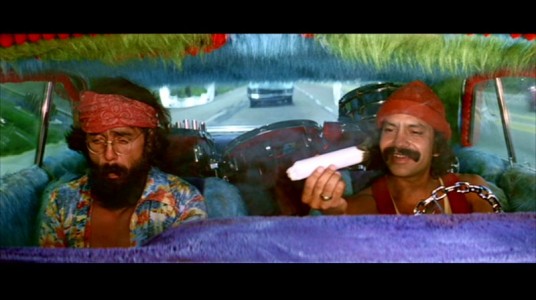 The New York Times recently published a story entitled “Driving Under the Influence, of Marijuana.” The story suggested that driving under the influence of marijuana (pot) is much less risky than driving while impaired by alcohol.  The report also indicated that it is difficult to detect impairment by pot with the standardized field sobriety tests used in DWI by alcohol cases, and it is difficult to confirm impairment with laboratory tests.  The article discusses several studies making these findings and noted the conclusion of some experts that public resources would be better spent combating alcohol-impaired driving, including perhaps lowering the per se threshold for alcohol concentrations to 0.05,  than in establishing a per se limit for blood-THC content or devising roadside tests to detect for marijuana impairment.

Marijuana impairment is harder to detect because THC – the ingredient that gives marijuana its psychoactive effect –  can take as long as four hours for the THC metabolites to appear in the body after smoking pot, and chemical test can still yield a positive result for pot metabolites for weeks after a person last smoked pot.  A publication by the National Highway Transportation Administration (NHTSA) regarding marijuana states that it positive tests can occur long after the window of intoxication and impairment has passed because concentrations of THC in a person’s blood depend in part upon the pattern of marijuana use, it is difficult to establish a relationship between a specified blood concentration and performance impairing effects.  The article in the Times stated that people who smoked marijuana on a frequent basis may have a blood-THC content that exceeds the limits set in Washington and Colorado for THC concentration more than 24 hours after they last smoked pot.

Marilyn A. Huestis, a senior investigator at the National Institute on Drug Abuse said that “our goal is to put out the science and have it used for evidence-based drug policy . . . but I think it’s a mishmash.”  The article cited a 2007 study which found that 12 percent of the drivers randomly stopped on American highways on Friday and Saturday nights had been drinking. (In return for taking part in the study, intoxicated drivers were told they would not be arrested, just taken home.)  It also reported that six percent of the drivers tested positive for marijuana — a number that is likely to go up with increased availability, and added that some experts and officials are concerned that the campaign against drunken driving has not gotten through to marijuana smokers.

The Times article stated that Glenn Davis, highway safety manager at the Department of Transportation in Colorado said that they have done surveys which indicated that a lot of people think D.W.I. laws don’t apply to marijuana.  He added that “there is always somebody who says, ‘I drive better while high.’”  Other evidence suggests that is not the case, but  also suggests that we may not have as much to fear from stoned driving as from drunken driving. Some researchers say that stoned driving, is simply less dangerous than drunk driving because marijuana and alcohol have different physiology. Drivers impaired by alcohol tend to overestimate their skills and drive faster.  Drivers impaired by marijuana do the opposite.  A professor interviewed by the author of the Times article noted the old joke about “‘Creech and Chong being arrested for doing 20 on the freeway.’” The article also said that studies estimate that drivers who are stoned are twice as likely to crash compared with a driver who has a blood-alcohol concentration of 0.08 percent is almost 20 times more likely to be in a fatal accident than a sober driver.

Driving while appreciably impaired by any impairing substance is illegal in North Carolina.  But for the reasons mentioned in the Times article, driving while impaired by pot could be a difficult case for the a prosecutor to prove beyond a reasonable doubt.  The times article discussed the debate about how best to prove that drivers under the influence of THC are too intoxicated to drive. Blood-alcohol content (BAC) can be tested on the side of the road with a hand held alcosensor, and a multitude of studies link increased levels of blood alcohol to decreased driving skills. But not so for pot.  THC levels can only be measured by blood or urine samples.  Urine tests look for metabolites of THC rather than the pot itself, and can return positive results many days or weeks after someone smoked pot.  Some states have laws that prohibit any detectable level of THC metabolite in urine or blood, and criminalize both.  The article said that only six states have set legal limits for THC concentration in the blood, and that in Colorado and Washington state the limit is five nanograms per milliliter of blood, or five parts per billion.

This entry was posted on Monday, March 17th, 2014 at 2:16 pm and is filed under Criminal Defense, Drugs & Alcohol, Legal Advice, Legal Process. You can follow any responses to this entry through the RSS 2.0 feed. Both comments and pings are currently closed.