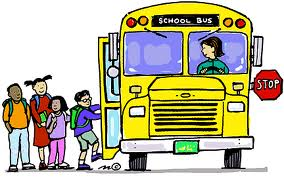 In an effort to increase the safety of our children, the North Carolina Highway Patrol launched Operation Stop Arm week yesterday, October 15, 2012 at 6:00 a.m. and will go through the end of school Friday, October 19, 2012.  They will enforce stop arm violations and other traffic violations in and around school zones aggressively.

Troopers will be observing drivers in school zones and following school busses in marked and unmarked cars statewide during this week.

Keep in mind what you are and are not allowed to do with respect to a stopped school bus:

Collins Law Firm has handled thousands of traffic tickets for our clients and, in most cases, we were able to avoid suspensions.  Furthermore, for most simple tickets (speeding violations, passing stopped school bus, illegal passing, etc.), our clients do not even need to go to court. We offer free phone consultations for most traffic matters. If you need advice or information about representation for a traffic violation or in a hearing regarding a scheduled suspension of your North Carolina driver’s license, call us at: 910-793-9000.

This entry was posted on Tuesday, October 16th, 2012 at 2:08 pm and is filed under Legal Advice. You can follow any responses to this entry through the RSS 2.0 feed. Both comments and pings are currently closed.