Safekeeping in NC Jails and Prisons 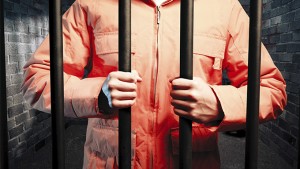 So often we hear about how overcrowded and dangerous United States jails are, and naturally, with that, safekeeping becomes more and more difficult for jail staff as the problem increases. How does jail staff maintain a safe environment for the inmates? Or even more interesting, what is staff to do when an individual inmate becomes unmanageable by behavior, illness, or vulnerability? The answer is pretty straightforward but the process is complicated. In this type of situation, jail staff submits a transfer request in hopes to have the inmate transferred from jail to the state prison, through what is known as a safekeeping order. Pursuant to G.S. 162-39, “the resident judge of the superior court or any judge holding superior court in the district or any district court judge may order the prisoner transferred to a fit and secure jail in some other county where the prisoner shall be held for such length of time as the judge may direct,” under the following circumstances (where the prisoner):

• Poses a serious escape risk;
• Exhibits uncontrollable, violently aggressive behavior;
• Needs to be protected from other inmates
• Is a woman, 18 years of age or younger, when the jail facility does not have adequate housing
• Is in custody at a time when a fire or other catastrophe causes the jail to cease operation
• Otherwise poses an imminent danger to the jail staff or other inmates.

If issued, the sheriff of the county (from which the prisoner be transported from jail to prison) is responsible for providing means of transportation, both to and from prison as applicable (i.e.—when the return date expires with respect to the judge’s order).

Confinement for safekeeping inmates is different than for the general population. For instance, they do not participate in work programs, they are not eligible for any type of sentence reduction, and they are held separately from the general inmate population. There are several types of facilities which house safekeepers in North Carolina, specific to age, medical needs, sex, and crime.

After an inmate has been transferred, the county from which the inmate was removed is responsible for paying the prison $40 per day, plus medical and some other health expenses. Just as jail staff can request than inmates be transferred to prison for safekeeping, inmates are permitted to submit the same type of request.

This entry was posted on Wednesday, November 25th, 2015 at 9:47 pm and is filed under Legal Process. You can follow any responses to this entry through the RSS 2.0 feed. Both comments and pings are currently closed.