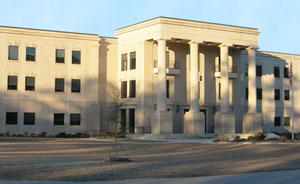 A newly elected District Attorney will soon be sworn in the 13th prosecutorial district of NC.

The 13th prosecutorial district of North Carolina is comprised of Brunswick County, Columbus County, and Bladen County located in Southeastern NC. The district attorney’s office in Brunswick County is located in Bolivia, NC and is the largest office of the three counties.

The district attorney’s office prosecutes crimes committed within their district including felonies and misdemeanors. Most of the prosecutions in the courtroom are conducted by assistant district attorneys – all of which are lawyers licensed in the State of NC.

Rex Gore, who is the current elected district attorney, was defeated in the democratic primary by Butch Pope out of Whiteville, NC. He is challenged by Jon David, who is currently an assistant district attorney in New Hanover County and has his office located in Wilmington, NC. The result of the upcoming election will decide who will be the new District Attorney, and what, if any, changes will be made with the district attorney’s office in the 13th district.

This entry was posted on Thursday, October 21st, 2010 at 5:35 pm and is filed under Legal News. You can follow any responses to this entry through the RSS 2.0 feed. Both comments and pings are currently closed.