The Value of Companionship 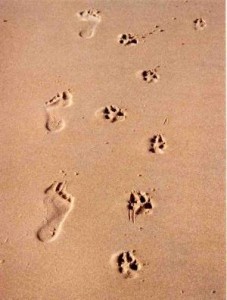 How much is a companion pet worth? This is the question that is being asked in regards to the death of Laci, a Jack Russel Terrier of a Wilmington couple. Laci died in 2007 after veterinarians at NC State inserted a feeding tube in her trachea instead of her esophagus, causing Laci to drown over several hours. The Sheras filed a complaint in 2009 against the NC State Veterinary School, two veterinary residents and an intern who treated Laci. The couple accused them of malpractice. In their lawsuit the Sheras question whether the residents had the proper supervision while working in the intensive care unit.

The Sheras, Laci’s owners, are fighting a legal battle with the state over how much they are entitled from Laci’s death. The value of a companion animal is being calculated at the fair market value of replacing the animal which is not in line with the value that Americans place onto pets. Many state laws view animals as being a piece of property instead of another member of the family. There is an argument against this view based upon the legal system’s valuation of a companion animal not being in line with what an average pet owner is willing to spend in veterinary bills.

The Sheras have been fighting this view of compensation and the rights of animal owners over the loss or injury of an animal caused by another. The State estimates the cost of replacing Laci is only $350 based upon market value. The Sheras’ attorney argues that they are entitled to more than $350, that they should be compensated for more than $28,000, which was the cost of Laci’s cancer treatments at NC State.

The Sheras have made statements about this lawsuit not being about the money, but rather about this being justice for Laci and trying to change the system. They are hoping to change the law so that no other family or pet has to go through what they have been through.

On January 23rd, 2012, the Sheras’ case made it to the North Carolina state Court of Appeals but the decision is not expected for at least a few months. The Sheras’ case is just one of the recent court cases that essentially treat animals as human under the law. The United States Courts are deciding against centuries of legal decisions that have defined animals as property. In recent years Judges in 25 states have administered financial trusts set up in pets’ names as well as courts in New York, Maryland and Texas resolving custody disputes involving pets by deciding what’s best for the pet. The Courts have begun to take claims of veterinary malpractice seriously as well. Courts in Kentucky and California have awarded damages to pet owners for the loss of companionship, emotional distress and other factors that go beyond the assessed animal’s worth based upon their market value.

This entry was posted on Friday, February 3rd, 2012 at 4:02 pm and is filed under Legal Advice, Legal News, News. You can follow any responses to this entry through the RSS 2.0 feed. Both comments and pings are currently closed.