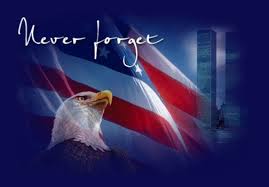 As the eve of the 14th anniversary of the September 2011 terrorists’ attack approaches, many Americans find themselves feeling uneasy and vulnerable. Naturally we remember this day as a day of distress all throughout the nation—families destroyed to those who lost their lives and as a whole, and a country known as arguably the most powerful in the world at a frightful standstill.

On September 11, 2001, two planes hit the World Trade Center towers in New York, another crashed into the Pentagon, and a fourth hijacked plane (en route to the White House) crashed in Pennsylvania—resulting in the largest loss of life attack in America since Pearl Harbor.

Even after all of the bodies had been exhumed and things started to clear up in NY, the death toll was on the rise due to the subsequent deaths related to inhalation of fumes from that day, which in fact were all ruled as homicides. The attacks resulted in the deaths of 2,996 people, including the 19 hijackers. The 2,977 victims included 246 on the four planes (from which there were no survivors), 2,606 in the World Trade Center/surrounding area, and 125 at the Pentagon.
Though conspiracies, theories, and myths about what actually happened on 9/11 are still prevalent through the news and other forms of media, it is important to remember that this day should serve as a day of togetherness and national pride for Americans—with liberty and justice for all.

Nonetheless, be aware of your surroundings and take extra caution as you bear in mind this unforgettable day.

This entry was posted on Thursday, September 10th, 2015 at 8:40 pm and is filed under History, News. You can follow any responses to this entry through the RSS 2.0 feed. Both comments and pings are currently closed.