The Second Amendment and Gun Control Laws in North Carolina 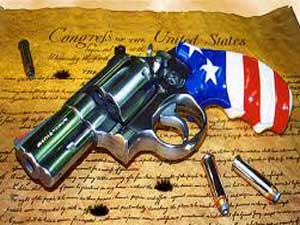 The Second Amendment to The United States Constitution was ratified on December 15, 1791, as a part of the United States Bill of Rights.  The Second Amendment protects an individual’s right to possess and carry firearms and states “A well regulated Militia, being necessary to the security of a free State, the right of the people to keep and bear Arms, shall not be infringed.”

Two landmark decisions were made by The United States Supreme Court, establishing this interpretation of the Second Amendment. In the first case, District of Columbia v. Heller (2008), the Court ruled that the Second Amendment protects an individual’s right to possess a firearm, unconnected to service in a militia and to use that arm for traditionally lawful purposes, such as self-defense within the home. In the second case, McDonald v. Chicago (2010), the Court ruled that the Second Amendment limits state and local governments to the same extent that it limits the federal government.

Requirements for the purchase of firearms in North Carolina:

Who Is Not Eligible for a Permit?

-Under North Carolina General Statute § 14-404, you are not eligible if one of more of the following apply:

This entry was posted on Monday, January 21st, 2013 at 9:53 am and is filed under Legal Process. You can follow any responses to this entry through the RSS 2.0 feed. Both comments and pings are currently closed.