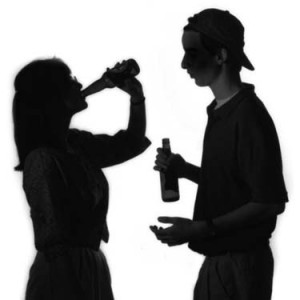 There are many risks associated with the liberal consumption of alcohol. The most significant risk is when a person hazards a motor vehicle crash due to having too high a concentration of alcohol in their system while driving. Since 1993, it has been illegal to drive with a BAC of 0.08% or higher in the state of North Carolina. Even so, almost 2,000 people under 21 are killed yearly in car crashes in which alcohol was involved .

It is important for young people to remember that North Carolina has a strict zero tolerance policy where underage drinking and driving is concerned. If a chemical test performed on an underage person confirms that there is any alcohol present in their system (and that individual was operating a vehicle at the time), then that driver can and most likely will be charged with violating N.C.G.S.  20-138.3  (Driving by person less than 21 years old after consuming alcohol or drugs, which prohibits a person less than 21 years old to drive a motor vehicle on a highway or public vehicular area while consuming alcohol or at any time while he has remaining in his body any alcohol or controlled substance previously consumed, unless they drive with a controlled substance in his body which was lawfully obtained and taken in therapeutically appropriate amounts.).  If convicted for a DWI, the offender can face imprisonment (up to three years), a fine (of up to $10,000), and a license suspension. Depending on the situation, in addition to being charged with a DWI, the offending minor may also be charged with distributing alcohol to other minors, possession of false identification, and soliciting alcohol, among other charges.

The health effects of drinking at a young age can be severe. The human brain continues to develop into the early 20’s, and human brain-imaging studies have shown that those who drink heavily in their teen years may halt brain development and even cause permanent cognitive defects. Young people who drink are far more likely to do poorly in school as alcohol use can cause lack of focus, trouble with memory, depression, and anxiety. Statistics show that the younger individuals are when they begin drinking, the greater their chances are of having problems with alcohol abuse later in life. Teens that drink alcohol are far more likely to have unprotected sex, increasing the risk of contracting a sexually transmitted disease and/or becoming the victim or perpetrator of sexual assault. For young women, the risk of becoming pregnant is also more prevalent. Alcohol abuse may even lead teens to experiment with other drugs, including marijuana, cocaine, and heroin.

Attorney David Collins has over 20 years of experience in the legal field, and has represented many people charged with underage consumption or possession of alcohol, and many college students or others charged with crimes involving fake IDs.  In most underage drinking cases, with clients with no prior criminal history and without egregious facts, we have been able to have the charges dismissed. If you or someone you know has been charged with a crime involving underage consumption or possession of alcohol or a fake ID, call us at (910) 793-9000 for a confidential consultation.

This entry was posted on Thursday, May 7th, 2015 at 2:30 pm and is filed under Legal Advice. You can follow any responses to this entry through the RSS 2.0 feed. Both comments and pings are currently closed.