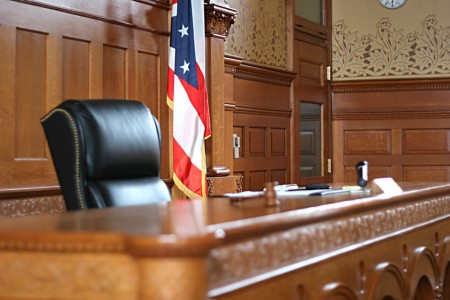 Recently, the Winston-Salem Journal reported that greater than half of the defense lawyers on the court appointed lists in Forsyth County removed their names from the lists when they heard that the $75-per-hour fee may be reduced by $25 under the next state budget.  Danielle Carman, assistant director of the state Office of Indigent Defense Services, said that the move could result in defendants having less-experienced attorneys representing them and could lead to a backlog of criminal cases. She also said that the move would mean that there will be fewer attorneys on the court-appointed lists available to represent clients who can’t afford to hire their own attorneys.  Judges have authority to appoint lawyers who are not on the lists, and attorneys with little to no criminal defense experience may be assigned to represent defendants.  “If I were buying a house, I would want a real estate lawyer,” Carman said.  “If I were a criminal defendant, I would very much prefer a criminal attorney representing me.”
The Journal reported that David Botchin, a Winston-Salem criminal defense lawyer, organized a meeting of criminal defense attorneys.  Thirty-eight attorneys out of 68 on court-appointed lists removed their names from the lists, and more lawyers are planning to remove their names. He said attorneys in Durham, Catawba and Wayne counties are considering a similar move.
The vast majority of the criminal lawyers in Bladen County,  if not all, have removed their names from the court appointed lawyer list, Carman said.  About most of the criminal defense attorneys in Alamance County have removed their names from the lists, she said.
Carman said that if the Office of Indigent Defense Services (IDS) cuts the fees, it will mean that attorneys would receive $50 an hour for handling cases for indigent clients. She said that most lawyers spend about $58 an hour in overhead, including rent, computer access, office assistants and other expenses.
The Journal reported that David Freedman, a Winston-Salem criminal defense attorney, said that private criminal defense attorneys can charge from $200 to $400 an hour depending on their experience.
In Wilmington, NC, located in New Hanover County, we have a Public Defenders Office which handles the majority of the appointed counsel cases.  Private assigned counsel in New Hanover County handle overflow and conflict cases for the Public Defender’s Office.  Private assigned counsel in Pender County, in the court house in Burgaw, handle the bulk of criminal cases in that County.  In Brunswick County, at the courthouse located in Bolivia, NC, there is no public defenders office, and the vast majority of court appointed cases are handled by local private attorneys.
The times news reported that attorneys say they can’t pay assistants, receptionists, pay rent and run their offices on less than $75 an hour. IDS estimates that attorneys pocket less than $17 of the hourly rate. If trials last longer than a day or two, several attorneys said Friday that they operate at a loss.  Rep. Alice Bordsen, D-Alamance, who is on the judicial and appropriations committee says the cuts threaten to undermine the justice system.  She said that she is concerned that indigent defendants will not receive fair representation if experienced lawyers can’t afford to remain on the court appointed counsel lists.

This entry was posted on Friday, May 6th, 2011 at 4:37 pm and is filed under Legal News. You can follow any responses to this entry through the RSS 2.0 feed. Both comments and pings are currently closed.