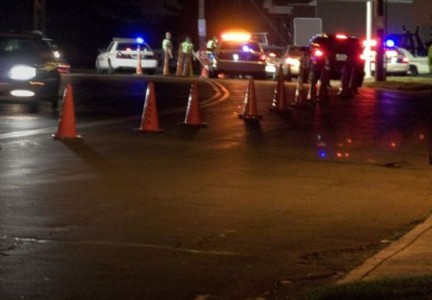 According to news reports, more than 200 people were cited for crimes or arrested during the 2011 North Carolina Azalea Festival.  WECT (the NBC television affiliate in Wilmington) cited Division of Alcohol Law Enforcement as the source of that report.  They said that the charges ranged from drug trafficking to underage drinking, fake identification (fake ID), and carrying concealed weapons without a permit.  The story stated that:  ALE states 269 charges were made on 218 people, including 17 fake identification violations, 53 charges of possession of alcoholic beverages by an underage person, 36 drug charges including trafficking in opium, and carrying a concealed weapon without a permit.  ALE also tested local businesses for selling alcohol to minors.  The WECT story also said that the NC Highway Patrol also conducted two DWI checkpoints during the Azalea Festival due to the large influx of tourists.  The story said that First Sgt. Troy Pope with Highway Patrol reported that a total of 68 people were cited for DWI, while 498 people were cited for other violations.
The Star News (the main news paper in Wilmington NC) reported that the N.C. Highway Patrol had arrested 68 people for driving while intoxicated (DWI / DUI) Saturday and Sunday morning at checkpoints, according to Sgt. Matt Hardee.  Sgt. Hardee said that “Booze It and Lose It” checkpoints were set up on Martin Luther King Drive and on U.S. 74/76.  According to the story, Sgt. Hardee also said that the arrests bring the total number of DWI arrests to over 2000 since January, 2010, and 276 in just this year in New Hanover and Brunswick counties.
When a law enforcement office arrests a person for DWI, there are legal procedures that must be followed, and if the requirements are not met, and if challenged, it can result in the acquittal (a finding of not guilty or a dismissal of the charge) of the accused.
We always counsel people against drunk driving, which is a very serious crime.  But if you have been accused of any crime, Collins Law Firm can help.  We are available 24/7 by appointment.  If you have been accused of a crime, call us for a consultation at:  910-793-9000.

This entry was posted on Tuesday, April 12th, 2011 at 9:11 am and is filed under Legal Advice, News. You can follow any responses to this entry through the RSS 2.0 feed. Both comments and pings are currently closed.